When Movies Do Good, A Response to the Criticism of Hollywood 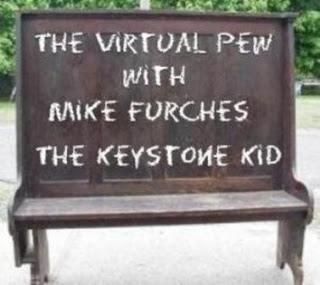 I did something last night I haven’t done in several years, I sat down and watched the Academy Awards for movies made I the year 2015. 2015 was a year I had seen quite a few of the films nominated in various categories, but as is normally the case, not all of them.  The television show and some of the comments I had seen on Facebook moved me today to mention again, my thoughts about movies and the good they can do.

A number of years ago now, close to 11 as of this writing, I was taking a 10-year-old boy to the movies. The boy’s name was Tyler Graebner, he was dying of cancer. I wrote then an article that was later on used for the forward of a book on movie reviews about the good movies can do, like how they inspired Tyler who was going through chemo and radiation treatments at the time and was wearing a stocking hat to cover his bald head. The movie Fat Albert by most measures was not a great movie, but the night I took Tyler, that movie as imperfect as it was, earned a spot in my heart that will endure for my lifetime on this planet. It motivated and showed Tyler that it was okay to be bald, he had nothing to be ashamed of. 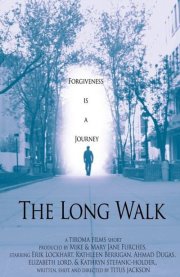 I have seen other movies that have moved me, most recently was the movie 13 Hours, it was a movie that shows that movies can provide a truth that is not always provided by politicians and the press corps that sometimes have their own agenda to drive, placing the truth sometimes in a distant second or even further back as to the intent of the stories that are written to persuade a public.  We have seen those political benefits in other places, though, places like documentary movies that show the reality of the world we live in and sometimes, the things that bring others harm.

There are other movies, though, movies like Precious, Prince of Tides, or even this year’s winner for Best Picture, Spotlight that deals with the powerful theme of child abuse. We even see movies many hate like 50 Shades of Gray that show the impact of this horrible crime.

There are other movies, though, movies like The Notebook that can show the power of love among an older couple, the impact of Alzheimer’s, then there was the documentary about Glenn Campbell, I’ll Be Me.  These types of movies can bring awareness to horrid diseases, their impact and more that can move a nation and a people to care and act to eradicate that disease.

I think of the Oscar Winner for Best Picture Shine, that can educate about the reality of a horrid disease impacting 1 out of every 10 Americans, Mental Illness.  We can see the potential, the hope, the promise, the reality that the disease often falsely presented impacts individuals with families, mothers, fathers, children, spouses, many with an incredible talent. We learn to see the potential as opposed to the false representation sometimes presented in other mediums, including, unfortunately, sometimes, film. 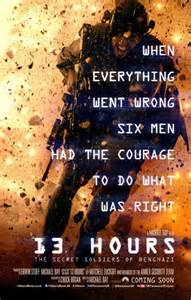 I could go on and on about how movies have had a positive impact on society. We seem to at times love to bash “Hollywood” whoever, and wherever Hollywood is, but we can so easily ignore the reality that there is often also much good that can and does come about from movies. As a person whose faith is important, I have also heard, first hand, Billy Graham talk about how more people have come to faith in Christ than they ever did from his crusades.

Jesus used the concept of story to teach, in fact, in the book of Mark in the Bible it says, “He never taught them anything without first telling them stories after he had told them the stories he would explain the meanings.”  I recall dear friend and former college professor Bev Holmskog illustrating that in the 1980’s movies were the most popular form of storytelling on the planet. It occurred to me then, early on, it would be more productive to find a way to use that medium to change lives, to make a difference. Later on due to the influence of dear friend David Bruce who has garnished recognition for his work in the Christian world of reviewing and finding spiritual truths in film that we could use film to find a way to build bridges to point others to truth. For me that made perfect sense, I never doubted the potential as I had I felt been given a special insight from God to see these truths and knew of the importance of using those truths when there, to point others to The Truth, Jesus.

I know, movies aren’t perfect, but neither are they the evil so many and unfortunately still in 2016, even some Christians present them to be. Where there is truth, there is the possibility to shine light, whether that be the light of justice that comes from racial prejudice and inequality or greed that can sometimes come about from a society of people who seem to care more about self-gain than they do world peace and legitimate understanding.

I have seen the power of movies in all of these areas and more, I am thankful for the light God has given me in understanding these realities, I never see a movie without asking prior to seeing it for God to show me a truth that will make my life, and the life’s of those around me better. I have found a God who is fully capable of doing that.  I pray that others will as well.  Movies are a medium that God not only can use but has used to strengthen and grow the life of the seeker who seeks to find and discover the spiritual truths provided by Jesus in their own lives.

What movies have impacted your life or the life of others you are close to?

My Own Story in Part in Film, The Long Walk, (Caution Adult Content)


To see the film just click on the video, if the video doesn't appear, click on the following link.
https://www.youtube.com/watch?v=10JWEVO1JYk


The Virtual Pew and our other work is supported solely by the kind contributions of others. You can click on the donate button below to give any amount to this work that does so much more than just post articles on the net; I draw no ongoing salary from the church I pastor, Mosaic Wichita which is predominantly a homeless church; I am grateful for any small amount you can contribute to help with this ministry.  Believe me there is much more going on than most realize. I will also provide information to verify the ministry and income that comes into this ministry and work.  Thanks and feel free to share any material from The Virtual Pew, I only ask that appropriate credit is given and a link to the original site with the materials provided.

Click here to read about, and order the book, The Keystone Kid

You can also order the book at all major retailers, including Amazon, Barnes & Noble and so forth. It is available via e-book for .99 Cents or if having a way to download, can download the full audio book at soundcloud.com and simply going to Mike Furches / The Keystone Kid. The audio version of the book is available for a free download.

Click here to visit the web page The Virtual Pew

Click here to visit Mosaic Church where Mike is Pastor

There are hundreds of postings so make sure to check out the archives. You can also contact me for a free audio book link of The Keystone Kid at mike@furches.org You can visit http://www.thevirtualpew.com/.

Hopefully you will consider a gift to The Virtual Pew.

Now I get asked this quite often, Can we repost your blogs or articles? The short answer to that is, what an honor that you would ask, and by all means, spread the word. Here is our contact information

Donations to The Virtual Pew

Posted by Mike Furches, The Virtual Pew at 3:04 PM No comments:

Mike Furches, The Virtual Pew
Mike Furches heads up Mosaic Wichita &; The Virtual Pew, some say, the first Online Church. He speaks nationally on various topics & is a freelance writer. He has published a book on his life titled The Keystone Kid which has received rave reviews. The short film, The Long Walk is also based on the book. Mike’s ministry is to those often called The Last, The Lost, & The Least. To learn more his ministry visit www.thevirtualpew.com or www.thekeystonekid.org. Mike has worked with some top music artists and has an active interest in film. He is available for speaking on a various topics. Mosaic is a mission ministry seeking to reach those who have given up on church, or searching for spiritual truth. You can find out more about Mosaic by visiting Facebook or going to www.mosaicwichita.com Mike has also as of recent appearing on two weekly radio programs and 2 television programs. Starting early 2018, Mike will take over leadership and programming for the television show Real People Real Life and will also be hosting a weekly television show featuring movie reviews.

Links to Check Out